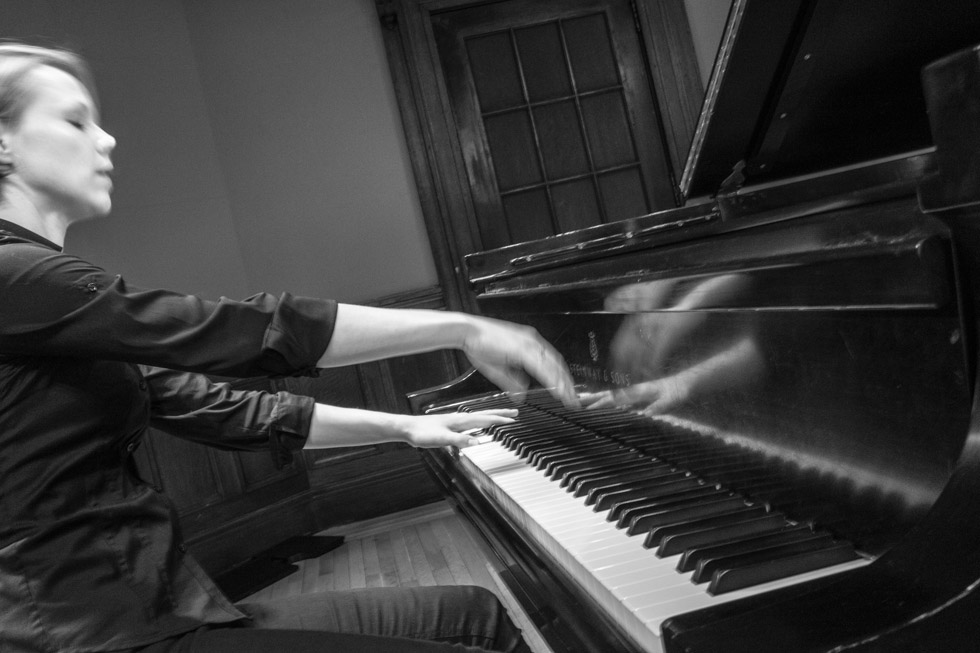 I combined this image of piano virtuoso Magdalena Baczewska with one of leaves photographed in Inwood Hill Park to make a poster. Listen to Magdalena's performance of Bach’s Goldberg Variations on harpsichord, and if you are in New York City on 18 November 2015 don’t miss her free concert at the Italian Academy.