In photography the word ‘editing’ traditionally means selecting the best photos from a set. This usually involves a large number of small pictures — ‘contact’ or ‘proof’ prints — laid out on a table, pinned to a wall, clipped to a string, or displayed in a user interface on a computer screen. The editor looks at the pictures, moves them around, culls the bad ones, keeps the best ones. 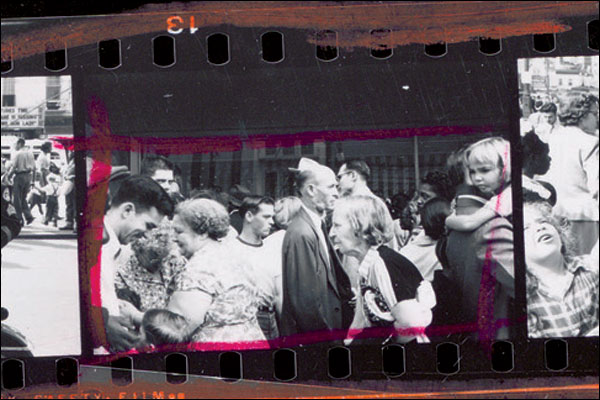 In the digital era the primary meaning of the word ‘editing’ when applied to the word ‘photographs’ has become ‘the manipulation of an image with photo editing software such as Photoshop’. Traditional editing became ‘photo organizing’ or ‘photo management’.

Editing means culling, improving, condensing, simplifying — removing the unnecessary, leaving the best. In this sense, when applied to photographs, and if you want to improve your photography, I think ‘editing’ is a better word than ‘organizing’ or ‘management’, and it should be embraced in its traditional sense.

Despite much mythology such as Cartier-Bresson’s Decisive Moment, the photographic act consists of two things: Shooting pictures and choosing which pictures to show.2 Most people only do the first, but editing is at least as important as shooting. As in many things in life, you have to choose, difficult as it may be.