From The Galileo Project website’s page on Galileo’s drawings of sunspots:

In 1612 during the summer months, Galileo made a series of sunspot observations which were published in Istoria e Dimostrazioni Intorno Alle Macchie Solari e Loro Accidenti Rome (History and Demonstrations Concerning Sunspots and their Properties, published 1613). Because these observations were made at appoximately the same time of day, the motion of the spots across the Sun can easily be seen.

Here’s an animated GIF created from the video MPEG file made from 35 of Galileo’s drawings. I used Photoshop → Video Frames to Layers → Save For Web with a lossy setting to reduce file size:

Galileo also knew about our galaxy:

What was observed by us in the third place is the nature or matter of the Milky Way itself, which, with the aid of the spyglass, may be observed so well that all the disputes that for so many generations have vexed philosophers are destroyed by visible certainty, and we are liberated from wordy arguments. —Galileo Galilei in Starry Messenger (Sidereus nuncius), 1610.

And his discovery that our moon is not smooth, but irregular and cratered like Earth — and that there are countless stars beyond the ones we see with unaided eyes — brought the enlightenment of science to our species. Edward Tufte, in Beautiful Evidence, page 97 (emphasis mine):

The Starry Messenger, published in March 1610, announced discovery of craters on the moon, a multitude of stars beyond those few seen by unaided eyes, and the 4 satellites of Jupiter. More importantly, the book “told the learned community that a new age had begin and that the universe and the way in which is was studied would never be the same."1 From then on, theories about the universe had to be tested against the visual evidence of empirical observation. This is the forever idea in Galileo’s book. And so armchair speculation, parsing Aristotle and religious doctrine, and philosophizing were no longer good enough. Evidence became decisive in understanding Nature. 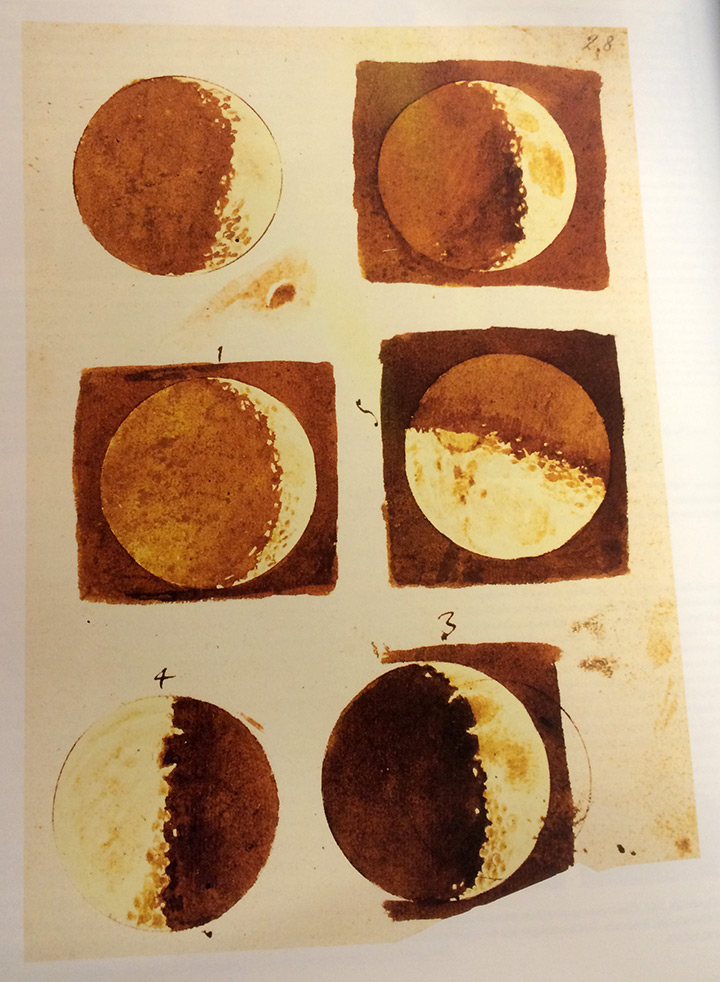