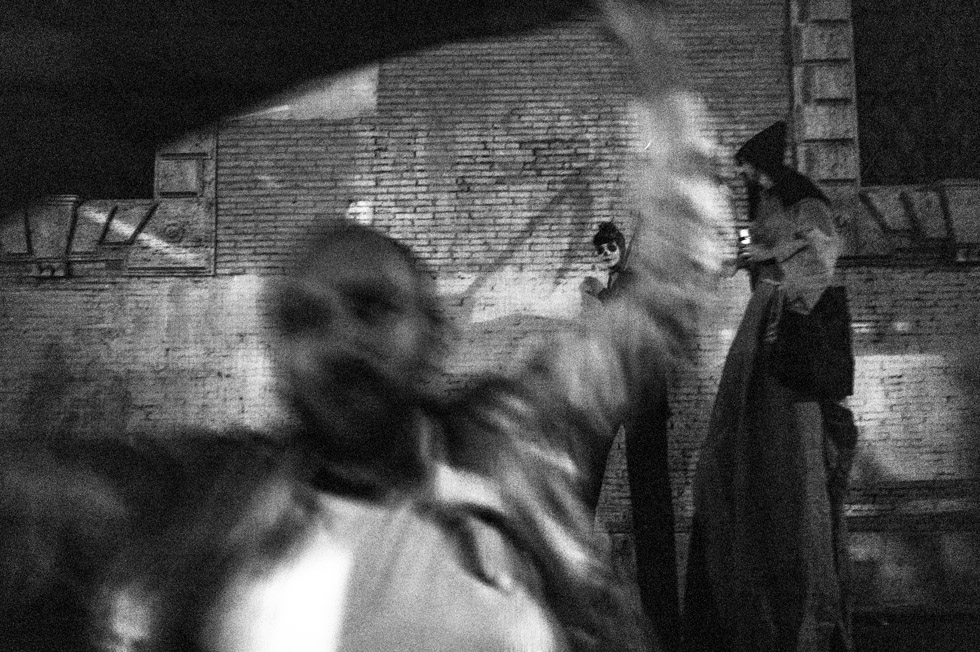 After supervising over BIG DATA sets with Gaspar Hijo de Carlos we have concluded B&W photo festa needs to be extended to name further photographic stakeholders we’d like to see post black and white photograph-thing a day for cinco días and, on each dia the ‘post’ button is declicked, name further stakeholders they would like see perform the same action and pray their wish comes true.

GHdC stresses that rather than a straight jacket, this is an enabler. 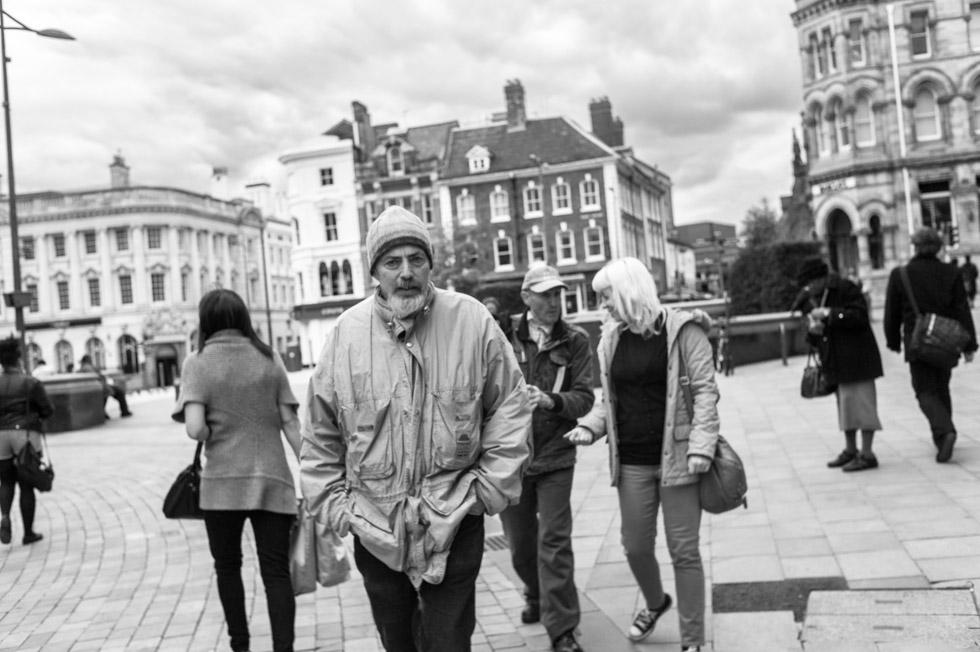 From a workshop back in 2012 with someone who had a profound influence in my life, Bruce Gilden.

Why? They don’t let you do what you want to do? So this is like really some archaic institution or what? … No, I’m being serious now. … I think that good instruction is to develop who you are as a person okay? So, either, if they see your photographs and they think you are going in the right direction, to enhance that, if they think you should take a different route, to develop that route, okay? And I’m really critical of this okay ‘cause that’s what the workshop is about, I look at your pictures and I have to decide first if you if I think you’re on the right route for you, okay?

Did you put them in order of how you want us to see ‘em? Okay, that’s good because, I will tell you right now, if you throw prints on this table like a monkey, I’m gonna to go fucking nuts.

Should I take a gun and put it to my head or your head?

So you don’t have kids, right? Just try to raise a kid and let them be out of control okay, we’ll see how the kid turns out and how your life turns out.

…‘cause this way you can also see that everyone isn’t gonna bite you. I mean if you have one bad incident that might…then you’ll say “that fucking Bruce Gilden, you know…he got my jaw broken” or something…but… Look, I’ve been photographing all these years and my face is in one piece. My mind isn’t but my face is.

…‘cause, he’s really, he looks like a big moron. Ah, I mean look, he’s overweight, he’s got that stupid grin on his face, that little fucking tie like Laurel and Hardy, I mean c’mon, look at him! God if that was my husband I’d keep him locked up in a room, and just feed him every day you know and put him in a cage at night! Probably a nice guy but, you know, so what.

That happened to me once when I was young, in the Mardi Gras, I went to the Mardi Gras right, seven years, I did a series, a weekly series there…yeah, in New Orleans. So one biker girl, and there were biker guys you know, I was tired, it was the end of the day, and she said “Oh! Take a picture of my tits! While I show my tits!" So of course like a young schmuck I took a picture of her tits and I wasn’t paying attention, I didn’t use flash at that time. She grabbed me around my, my cord, around, you know like my strap and she paraded me around like a schmuck and I said what am I gonna do I got three thousand bikers here! You know, so I, I swore from that moment on no one’s ever gonna do that again to me, so of course I go back to New York, and a lady, got mad at me for taking a picture, with no flash with a 35mm lens from ten feet away. So she started to give me shit, you know, an average lady, right…so I said “Listen, Miss." I said, I said “Please, don’t, don’t annoy me or we’re gonna have a problem." So she didn’t listen. So I took her wrist, I went like this, I broke her watch and I walked away. Am I being, I’m not gonna, I don’t, you see, me, I don’t care if you’re a woman or a man. I don’t want you to mess with me, okay? And woman can be much more trouble than men. Women, no, I mean, women can get men crazy. 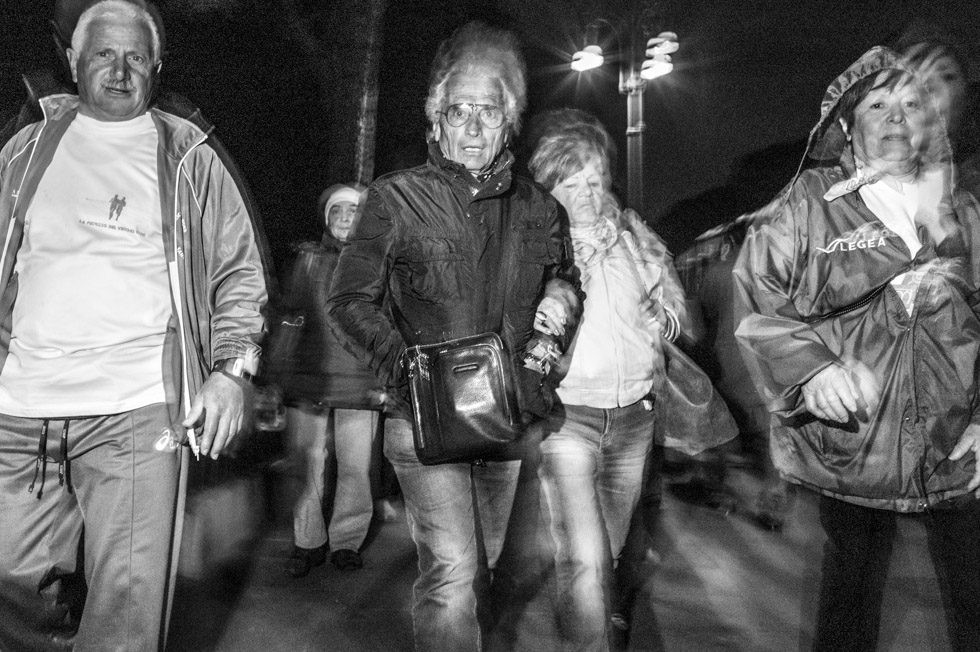 I was sitting on a seat for one person with a back and four legs when I realized that I must publish another camera obscura drawing in a Chinese propaganda whispers sharing promotion activity which was initiated by another snapper.

Using the motive force of my arms, wrists, hands and fingers I successfully actuated buttons and depressed keys to send signals to my computer terminal, instructing it to share this information, and to communicate my wish to see the action of posting one photograph per day for five days and nominating a photographer to do the same each day that one posts performed by Jean Perchet.

What Camera Should I Use to Learn Photography?

The great advantage of a rangefinder is this: With some practice and experience you can reliably focus the camera without putting it to your eye or pointing it at the subject. You can do this because the lens rotation stops at both far and close focus points and you can judge the focus distance by feeling the relative position of the finger tab on the lens, or, if you’re less experienced, by looking at the distance markings on the lens.

The other advantage of the Leica is the simplicity of the manual controls necessary for photography: Aperture, shutter speed, focus, shutter release. They are right there as mechanical, tactile controls. I don’t like how Leicas are becoming increasingly complex with the addition of video and so on to the M model. Not that I mind new designs, but I think they should also make a more affordable model focussed on simplicity above all, something like this.

So I recommend a Leica M9 rangefinder, but I do this with a heart weighed down by the knowledge of the price of the thing.2

Leica or not, the best thing to do is choose one camera and use it together with one lens of one focal length for an extended period of time — the camera and lens should feel good in your hands. You will then know your tool and have a point of reference. Tools do matter, but not nearly as much as where you point them and where you stand. You need to know yourself, what’s in your heart, and then you need to make choices about what to show to the world. 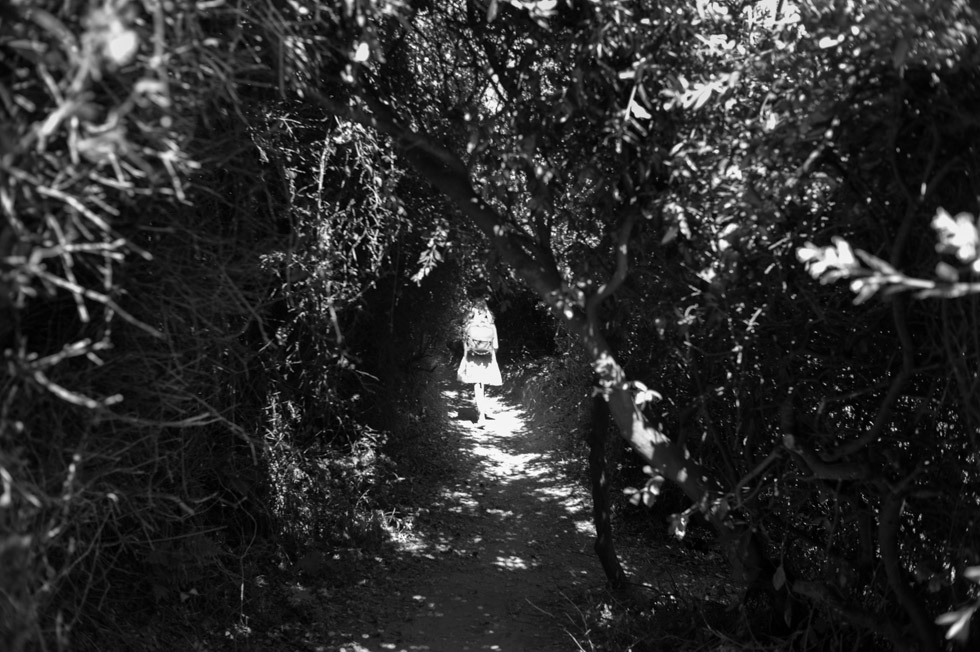 Fourth of five black and white photographs for BW-photo-post-thingy-due-to-JRB, so he doesn’t RRRRRAGE. 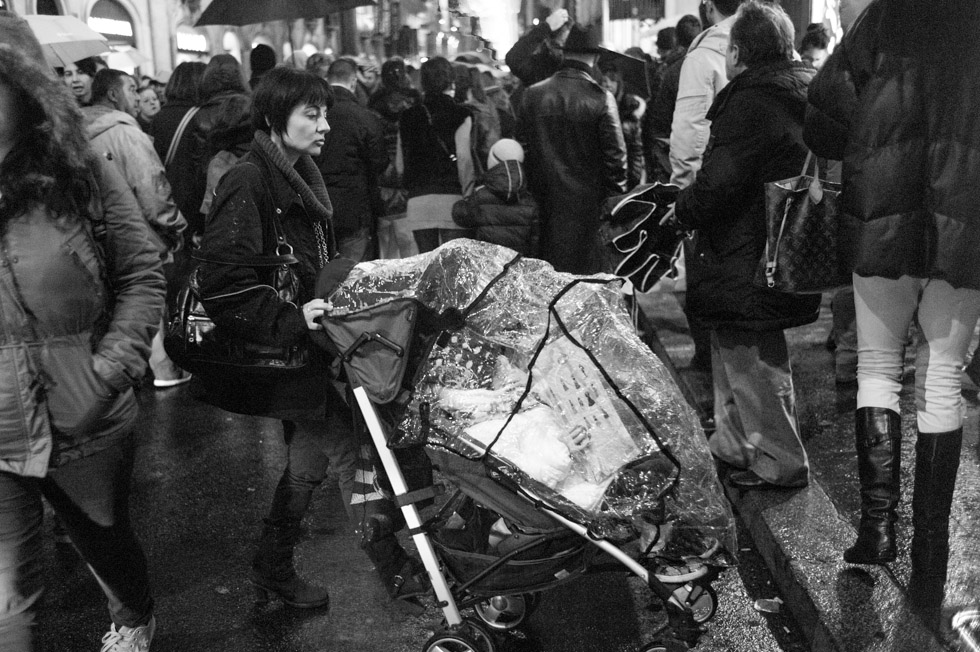 After alternating between clicking various buttons and hitting many different keys on my keyboard I’ve managed to post this photograph which would be page 3 of 5 in a black and white photographic menu.

I’m to serve one soufflé-with-cream per day and point out a photographer I would like to see cook the same. Today I shout into Richard Jensen’s kitchen demanding five dishes on the double, with double sauce on top.

This is all John Ryan Brubaker’s fault. 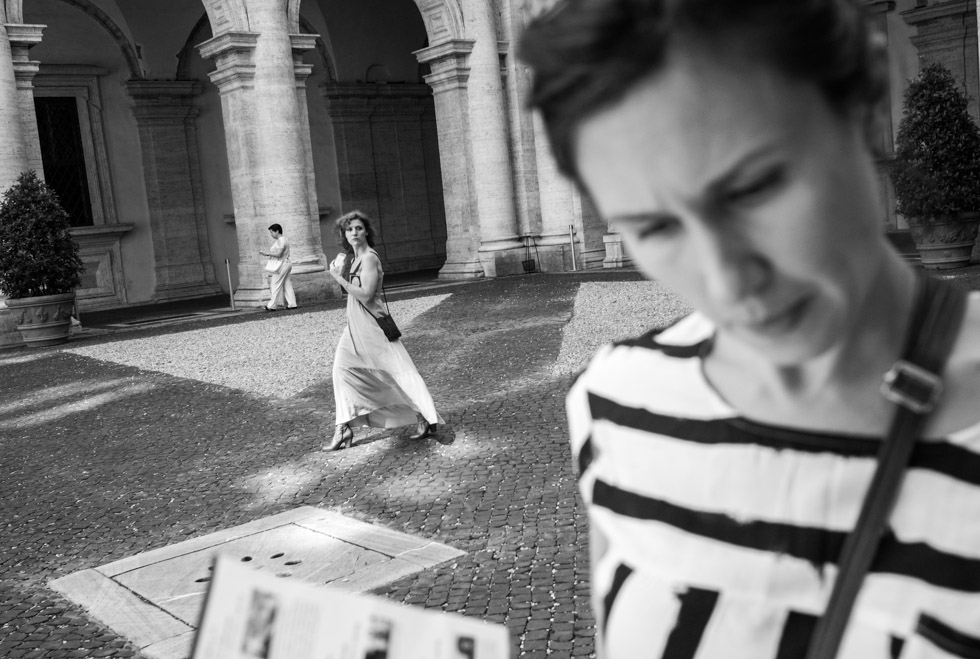 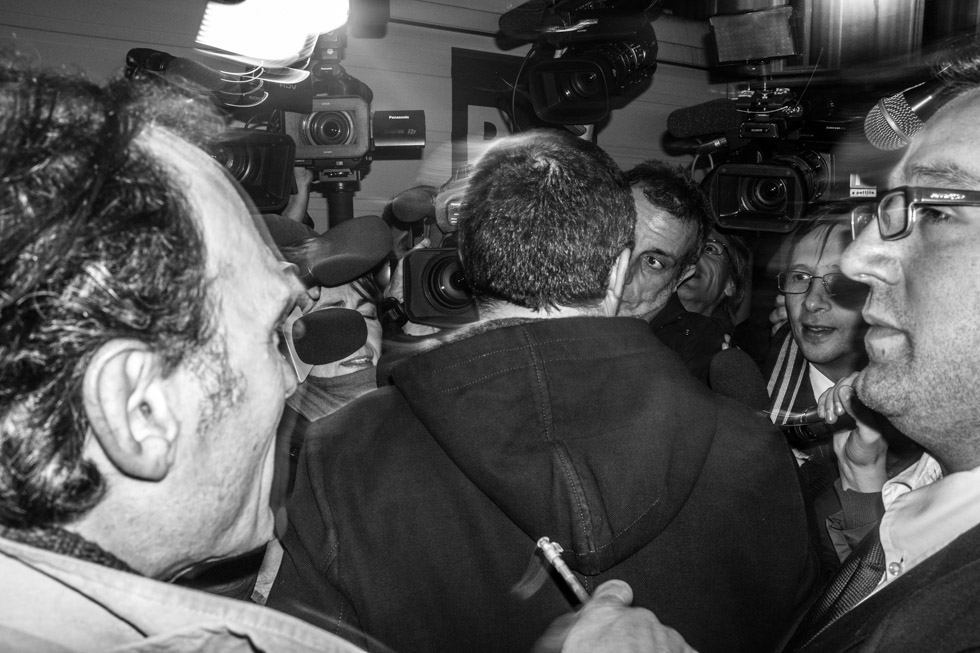 John Ryan Brubaker said ‘Hey!' and now I’m in some type of B&W Photography Challenge where one one black and white picture is to be posted a day, for five days, and another photographer is to be said ‘Hey!’ to, each day, so that they may play, if yay.

This is my first picture, and today I say ‘Hey!’ to Mino Togna. 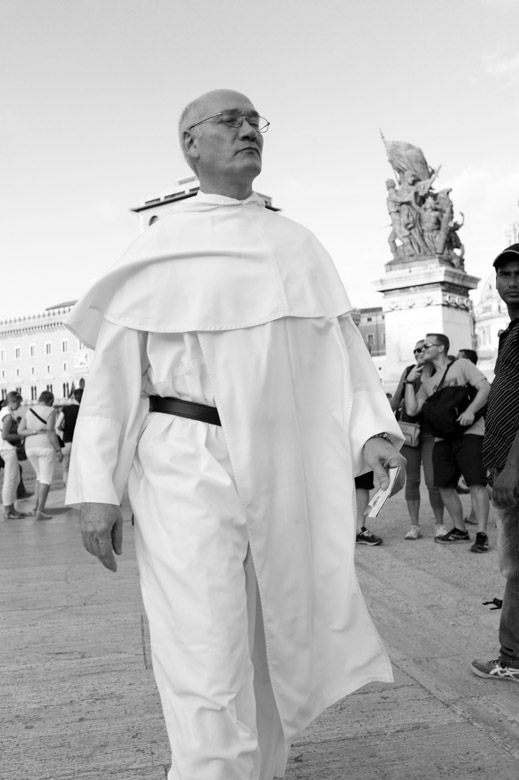 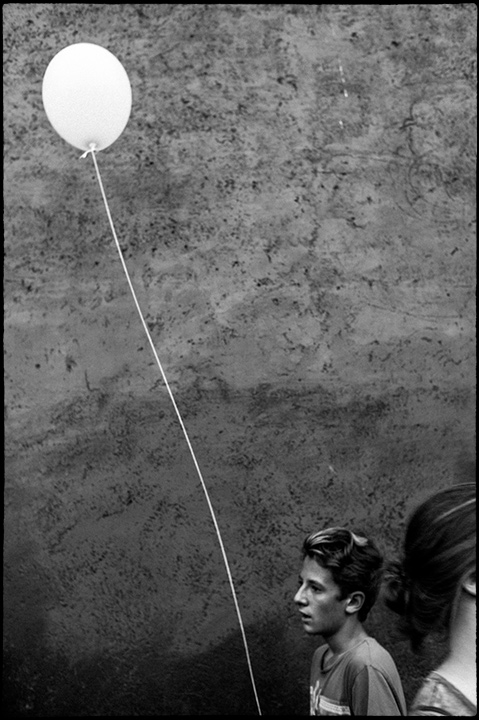 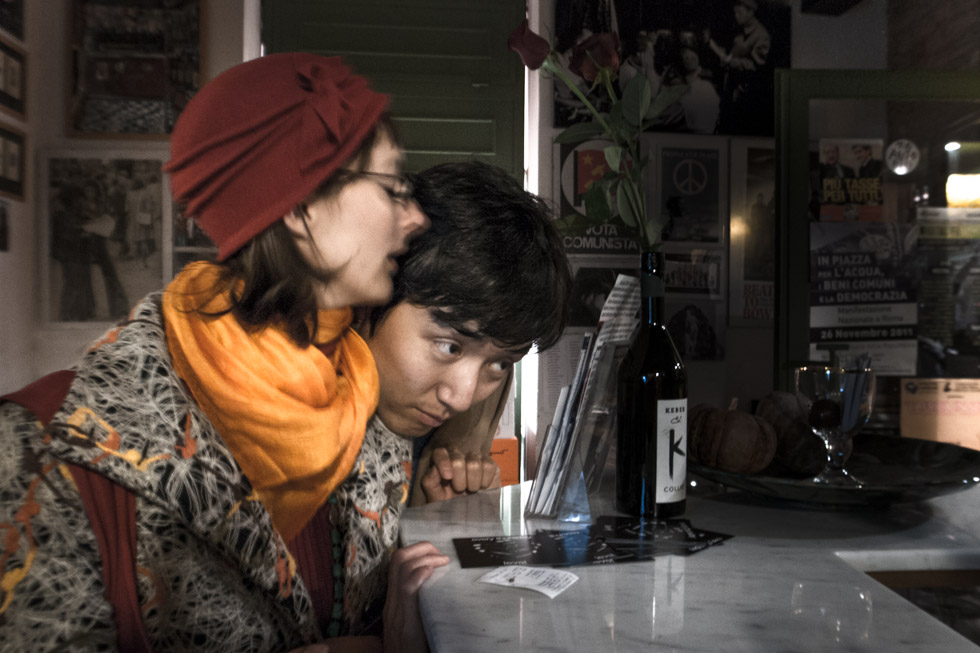 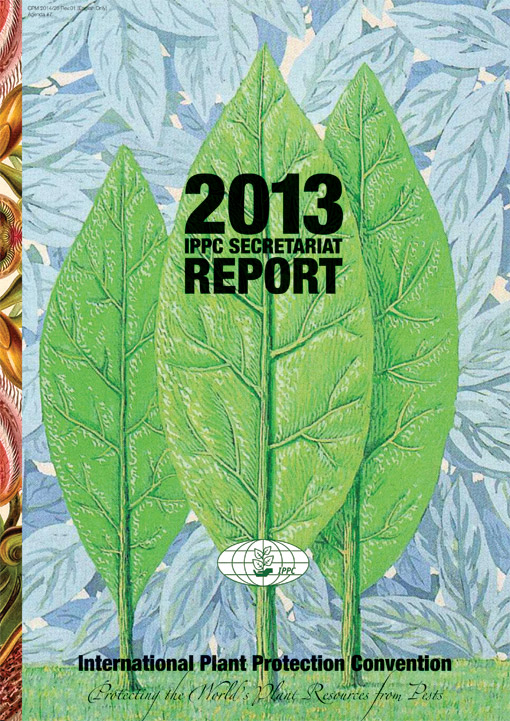 Trifold brochure. (PDF, 2.6 MB). See a video of the brochure in action (if your device cannot play it, try an MP4 version.

The IPPC is an international agreement on plant health to protect cultivated and wild plants by preventing the introduction and spread of pests.

The existing IPPC site contained a wealth of information which was difficult to access in an unclear hierarchy. Navigation was difficult for visitors, content updates were complex for staff and the site lacked a visual voice.

I worked with IPPC staff to produce a new www.ippc.int design based on web standards. (The website today does not look like the one I worked on years ago any longer, but you can see the prior design using archive.org’s Waybackmachine). 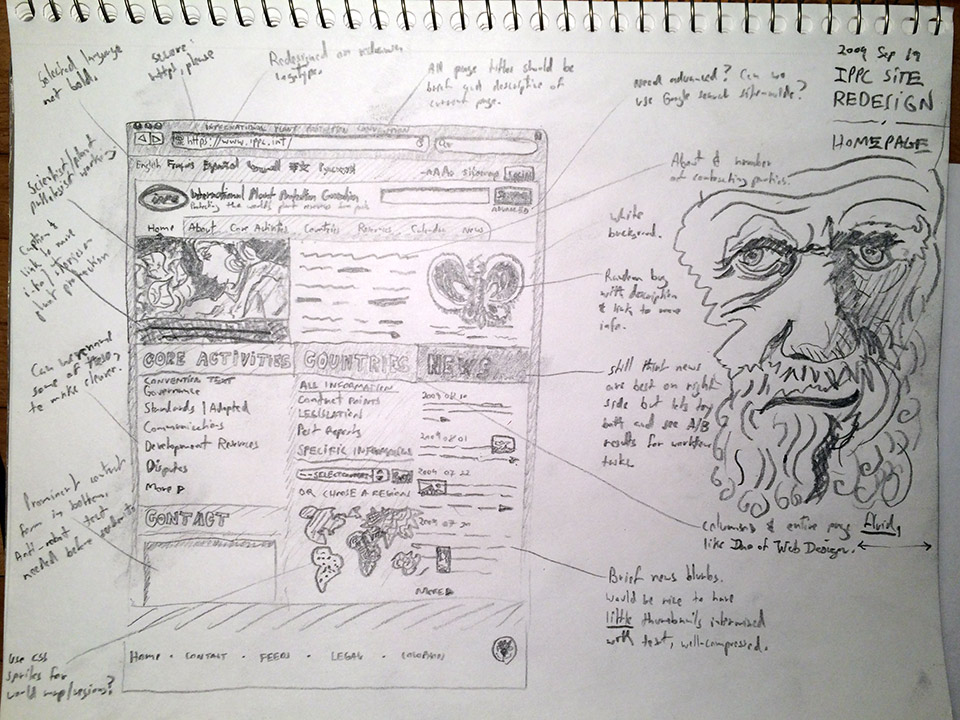 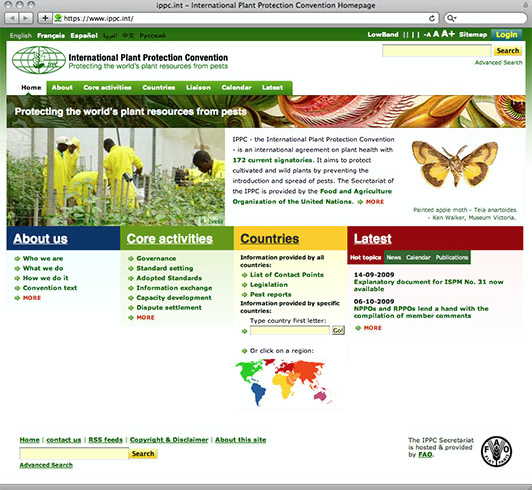 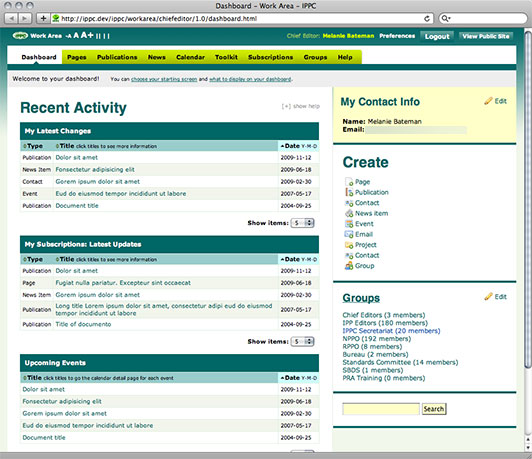 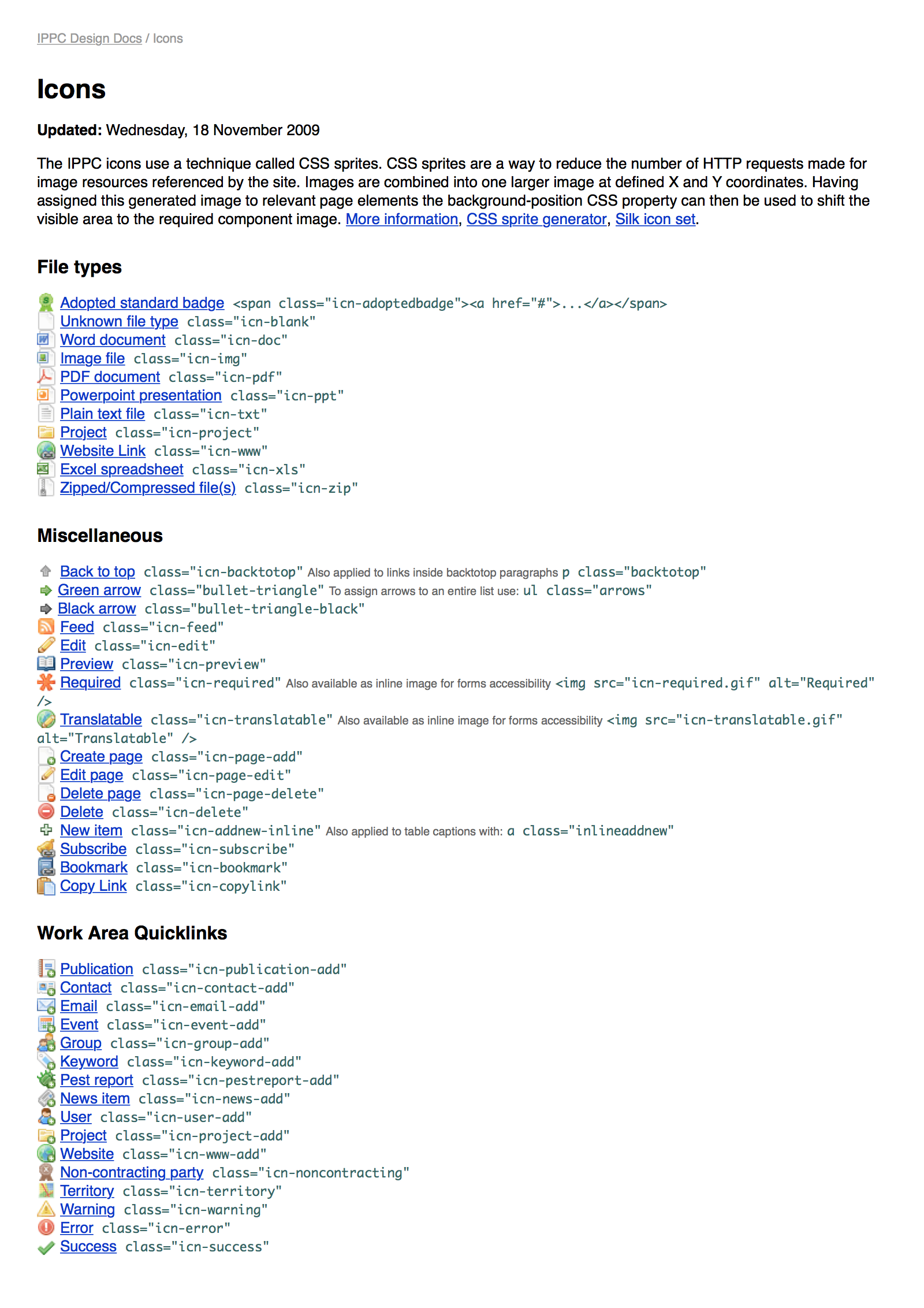 A design process was carried out which consisted of the following:

After the IPPC’s main audiences were identified the information architecture was drawn out and a wireframe prototype was created which allowed direct use in a browser and better initial feedback.

A visual design was chosen from a series of mockups which were presented to the IPPC Secretariat.

Site elements were separated into clean code consisting of semantic HTML for content, CSS for layout and visual presentation and JavaScript for accessibility-enhancing behaviors such as text-resizing. Page templates using this code were produced for the IPPC programmer to implement.

I then created a custom backend administration interface design for the website which makes management and updates much easier for IPPC and countries’ staff to use.

User testing was carried out with members of the www.ippc.int audience and modifications were made based on test results before the new site launch.

Throughout the project I worked closely with IPPC staff both remotely and in the Food and Agriculture Organization offices which he eventually joined as a staff member. 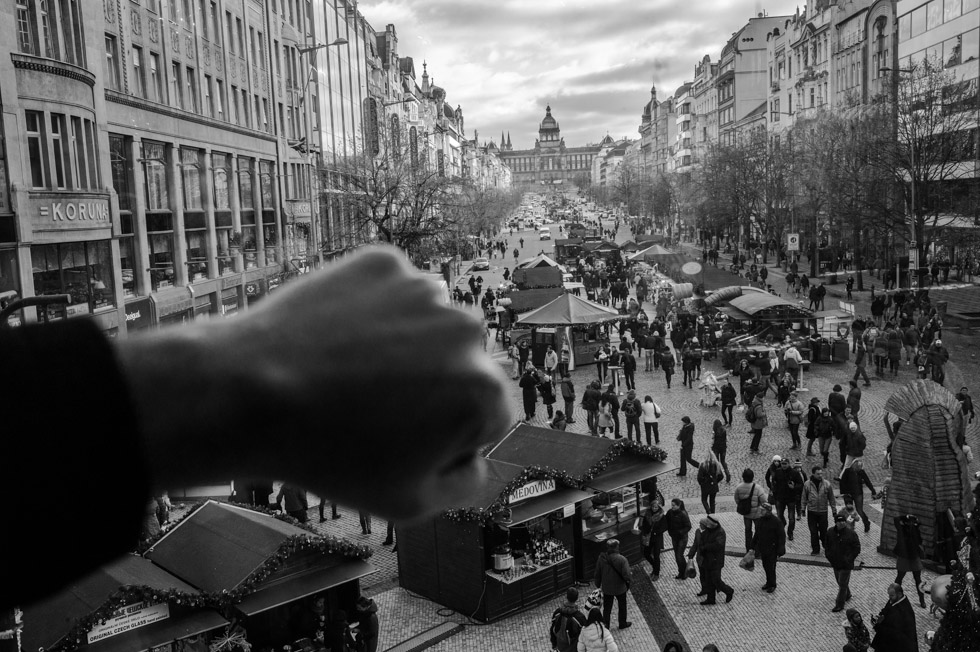 I’m in a trip through photographs taken but never edited into a story, currently revisiting Prague in December 2012 which you can see here along with a 3-minute slideshow with music composed by Leoš Janáček and performed by Josef Páleníček (recommended).

The above picture is a homage to Josef Kouldelka. 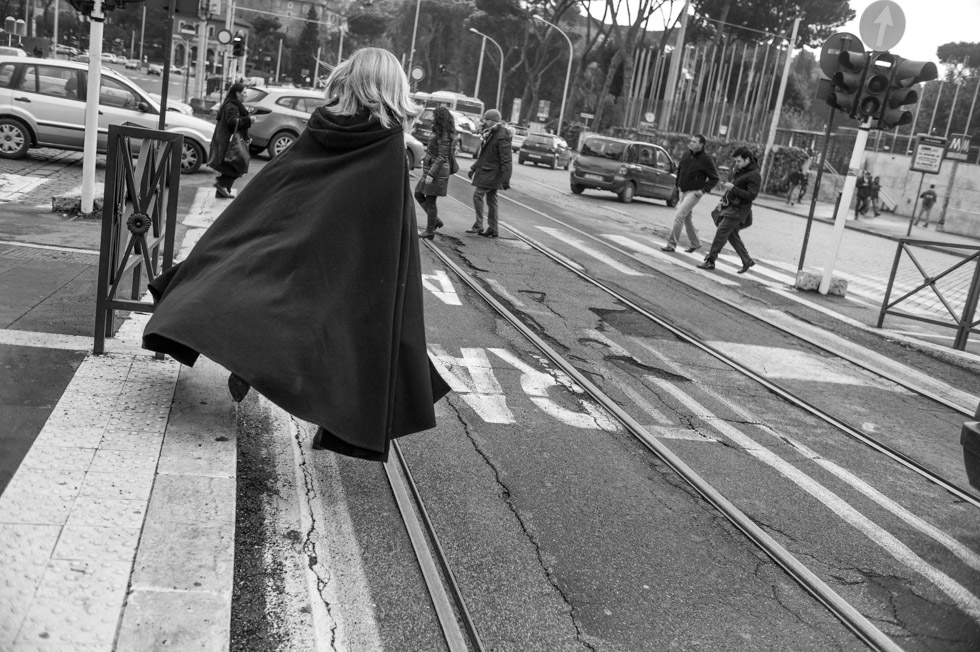 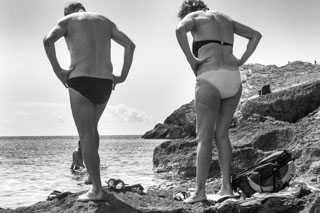